Gluten-free recipes can be a challenge and looking at all the grain bins at the natural food store can be intimidating. Whether you have Celiac disease, gluten intolerance, wheat allergies, or your choice is to follow a gluten-free diet, you need to know not just which grains have gluten but which grains are gluten-free and can be substituted. Here is a list of 10 gluten-free grains with a little information about each one. 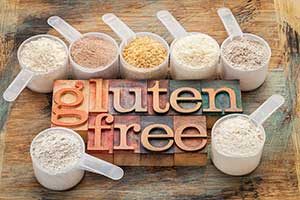 Hopefully this information about 10 gluten-free grains will open your eyes to new grains and flavors you can substitute in your gluten-free recipes. Pay attention to your seasonings as well. Use gluten-free seasonings as you might not know that many seasoning blends have gluten added.

Gluten Free Cooking
And now for more tips and recipes, I invite you to sign up for our FREE Season-It Newsletter when you visit Benson’s Gourmet Seasonings at http://www.BensonsGourmetSeasonings.com